The advantages of silver over gold as an inflation hedge are numerous and need to be considered:

1.The silver market is much smaller and it doesn’t take as much money to safe ones. Silver has outperformed gold dramatically over the last few years, going from $3 an ounce to over $40 an ounce.
2.Silver is also a very important industrial metal with over 3,000 industrial uses.
3.The government has never seized silver, although they have seized gold. If that worries you (it doesn’t worry me much), you would feel safer with silver rather than gold.
4.The government actually has no stockpile of silver to unload. There is now more gold above ground than silver because of the silver industrial usage.
5.I look upon silver as money. Throughout history more silver has been used more for money than gold. Historically, silver coins became the common denominator for money in more places and more times than gold. 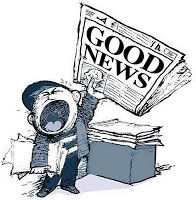 If you can afford to buy gold, be my guest. GOLD is ALWAYS THE BEST INVESTMENT. You JUST doing fine.
Call me 012-3399034 / visit http://www.publicgoldbar.blogspot.com/ & watch the price increase yourselve!